Welcome to S and M Ranch 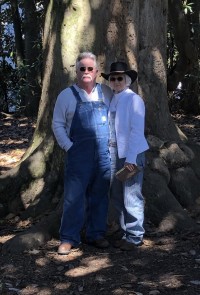 We are the Higginbotham's, we have known each other most all of our lives, Mike worked on a couple of ranches and a local farm in his younger days, where he learned about cattle and how to operate some farm equipment. He was a rodeo man that rode bulls and loved it. When he graduated from school he went straight into heavy construction work and has done that for many years. Mike always had livestock on his mind and knew one day he would want to have cows. My name is Sheila, I worked at a pharmaceutical company for many years. My job was shipping and receiving and then a few years into that I became the quality control person for that company. I also thought about cows and horses and country life. We have said many times we wish we had just gone into raising cows and living on a ranch. 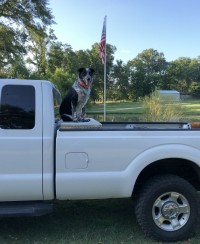 How we got started

We live on a small ranch in Texarkana, Arkansas. We both love country life and all that goes with that kind of life. Mike always wanted cattle but knew he didn't  have enough land to have full size cattle. He then learned about Miniature Hereford cows and the hunt was on.... After a few months he came home with two heavy bred miniature Hereford  Heifers. Not long after that he had two more. He hired some men to put a fence up and gave warning to make sure the cows were where they couldn't get out …… yes the fence wasn't up in a couple of places. He said they hit the trail like a cow patty .. nowhere to be found. He hired some cowboys to come hunt them down when that finally all settled down. Now he has two big sayings, check the fences and close the gates. Soon after that he had two new calves, both heifers. Along with that we both had changes in our lives and we became a couple instead of just friends. As time went by we knew we should have always been together. We got more and more into the cows and knew we needed a Bull so we bought one. His name is Captain Mike, no, we didn't name him that was on his papers already and of course we loved it. He was two when we brought him home as a virgin bull and we didn't know just exactly how well he was going to do being young and all. But he went straight to work and had a 100% success. We have new calves on the ground and are very excited about this adventure. We had some hard lessons in the beginning but we are on the right track. We owe a lot of that to Amanda Homann owner of Oliver Miniature Acres. She has spent many hours guiding us in the right directions. We have learned many things from her and we still learn something new daily. Our goal is to have the best Miniature Herefords we can. We feed a high protein grain high quality hay, green grass  and mineral blocks and tubs. Our vet comes out and takes care of shots and vaccines and whatever needs to be done. We want to help you find the perfect Miniature Hereford for you and your family. Thank you for taking time to look at our page.
Mike and Sheila

What you get when you purchase from us:

A 25% Non-Refundable Deposit will hold any calf for you till pickup:

Click to read more ...
Made with SimDif
Mike and Shelia Higginbotham